The Ancient Issue of Reentry

When the Israelites began their return from exile in Babylon to their native Jerusalem in the 6th century B.C., many of those who returned wept out of sorrow rather than joy. These men and women were overwhelmed by the fact that their homeland, Jerusalem, and the rebuilt Temple failed to approach the glory and brilliance of the former temple, which was destroyed when they were taken into exile. The reality of their present circumstance as returning citizens to their own devastated and destroyed land did not compare to the vivid memory of their former existence in that land. What they had envisioned of the past could not be their present. 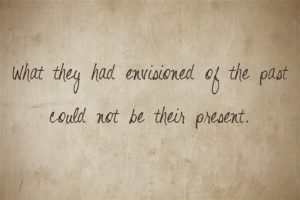 The story of the ancient Israelites as returning citizens reverberates deeply in the lives of those returning from prison to civil life in America, even today. The life they once knew to be full of possibility, even if their life had been marked with crime, will perhaps never again encourage that same hope for the future. Individuals today, returning to civil life from a life in prison, are forced to look at life through the prism of having been marked by a crime and conviction. Isaiah 1:18 reads,

Come now, let us reason together, says the Lord:
though your sins are like scarlet,
they shall be as white as snow;
though they are red like crimson,
they shall become like wool.

Certainly a convicted prisoner has sins that are like scarlet, yet the Lord God proclaims that there is forgiveness, even for the prisoner. In all practicality, forgiveness may not be enough to ensure that returning citizens are successfully transitioned into a position to become positive contributors to society. Just in the previous verse, Isaiah 1:17, the Lord urges us through his prophet to “correct oppression.” The reality of returning citizens is that although they may have at one time been oppressors, the nature of their present circumstance defaults to their taking on the position of being oppressed, especially as we understand that the opportunities to rise above their “caste-like” position are few and far between.

To contrast the feeling of the Israelites who had been alive before the exile and were now returning, there were some Israelites returning to Jerusalem from Babylon who had never beheld the glory of the former Temple. This group was able to embrace and enjoy the rebuilding of the Temple because they were not caught up in comparing what once was with what actually ‘is.’ This group was joyous at the re-establishment of the Temple and its altar because they were more grateful for what God had provided, and didn’t get caught up by what was missing.

The only way we can help to ensure that our returning brothers can truly praise God for what is and not dwell on what is not is by providing tangible support for their rehabilitation and re-engagement with society. Our support must be motivated by justice for all those created in the image of God and bathed in love that stretches beyond any desire for their conforming to our theology.

As the Israelites did actually have land and community with which to return, in the same way our housing seeks to symbolically serve as that land unto which our brothers can return from exile and experience joy instead of hardship.

graduated from Biblical Theological Seminary with a Masters of Divinity in Urban Ministry in 2015. He is an associate minister of Christian Stronghold Church in West Philadelphia and is a lover of Christian art and music. Outside of ministry, he works in Wealth Planning and resides in Ogontz with his lovely wife.