Is anyone else feeling overwhelmed right now? Is anyone else feeling small, numb, disconnected? Since the election, I have talked with so many people yearning for connection and community, unsure how to move forward in a world where neo-Nazis believe the new president represents them. The moment feels too big, the task too large, the demands upon us too great. And I know the fear can be so much greater for those whose survival is threatened by the new administration, though the struggle to survive has been going on since well before any election.

For the past five months, my church (Germantown Mennonite Church) has been focused on learning about mass incarceration and giving money to support organizations that challenge the prison industrial complex and support people who are crushed by the violence of the system. Holding in our hearts the stories of imprisonment from the Bible (especially of the early church in Acts 12 and 16) and from our Mennonite history, we have repeatedly seen God’s Spirit at work in the struggle against incarceration. 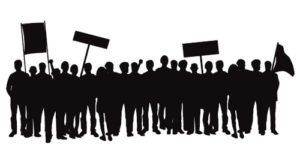 With something as huge and unwieldy as the prison system, its tentacles reaching deep into our neighborhoods and our hearts, it can be hard to figure out where to start. Like the Trump administration, facing the problem as a single whole can feel impossible. That’s why we broke it down into smaller pieces, based on the different roles in a movement. Long-time organizer Bill Moyer (born and raised in Philly) described four roles in making social change: Advocates who negotiate with power-holders, Helpers who directly support people impacted by oppression, Organizers who bring people together in large numbers to take action, and Rebels who make noise in order to dramatize the problem.

The movement to end the prison-industrial complex involves people in all four of these roles. Beyond that, people in these roles can focus on different parts of the monster—sentencing, abuse in prisons, returning citizens, incarceration of undocumented people, women and queer and trans people facing additional violence. Breaking down the movement against mass incarceration into these parts is sort of like refracting light through a prism (think that Pink Floyd album cover)—a single beam of light is revealed to be a broad spectrum of colors, diverse and beautiful. Our movement is huge and requires Advocates, Helpers, Organizers, and Rebels working together to support each other. 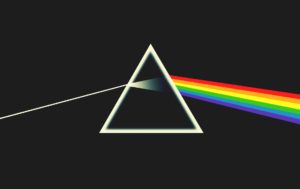 Over the past five months, Germantown Mennonite folks caught a glimpse of some part of the spectrum of the movement. We learned from groups that organize youth tried as adults into a movement against youth incarceration, we supported groups that advocate restorative justice as an alternative to incarceration, and so much more. Full disclosure—in October, we learned from and gave financial support to Redemption Housing. We deeply appreciated the Sunday School session that Nick Lordi led, and we were grateful for the opportunity to come alongside a Helper organization that is dedicated to fully and deeply supporting returning citizens.

All of this is not to deny that our work is huge. Feeling overwhelmed, small, or disconnected makes sense. Being uncertain about where to plug in is a real feeling. But in times of political turmoil and violence, seeing the broad spectrum of the movement can help us feel the Spirit at work in our world. It can bring us peace. Knowing who we are and what work we are called to do—be it advocacy or organizing or direct service or disruption—helps us sense the Spirit at work in our own bodies, strengthening and carrying us as we confront violence and oppression. Yes the task is great, but so are we.

Raised on the plains of central Kansas (traditional Osage/Niukonska lands),

John Bergen serves as Associate Pastor of Germantown Mennonite Church in Philadelphia. John graduated from Oberlin College in northeast Ohio (traditional Wyandotte land) in May 2014. While he formally studied Religion, John was also educated in the statewide movement to end fracking, as well as efforts to create resources for people with mental illnesses and survivors of sexual violence. A former member of Christian Peacemaker Teams in Iraqi Kurdistan and Palestine, John got his start protesting the invasion of Iraq when he was in middle school. In Philly since May 2015, John currently organizes against violence as it manifests in police violence and the prison system, intimate partner violence, and climate destabilization.