One day, a very long time ago, Jesus and his friends were walking down the street when they came across a blind man, and they asked him the same question that we always ask when we see someone suffering,

“Whose fault is this? Is he responsible for his own misfortune or is he being punished for something his parents did? Who can we blame?”

There is something comforting about a simple, intelligible system of cause and effect. If you do bad things, bad things happen. If you do good things, good things happen. If you are experiencing a painful or difficult situation, then it’s just a matter of finding the cause that corresponds to the effect. A woman finds herself with tens of thousands of dollars of debt from an ever-growing addiction? Well, that’s just because she made bad decisions and deserves what happens. A 16 year old boy ends up being tried as an adult for robbing a convenience store? It must be his parents’ fault for not loving him enough. A returning citizen can’t find work and winds up back in prison? The system must have failed her.

I hear these explanations constantly articulated with every new tragedy and injustice. No matter how right or wrong our explanations may be, it doesn’t change the fact that we are obsessed with them. We need a cause that justifies the effect that we experience.

We’re not so different from Jesus’ friends and followers on that road so many years ago. Here is a man who is down on his luck, probably begging for change on the roadside. What is it that caused this? Whose fault is this? Is he reaping the fruit of his own bad decisions? Are his parents’ poor judgement to blame? Did his mother take some experimental drugs during pregnancy? Is it just a matter of chance? 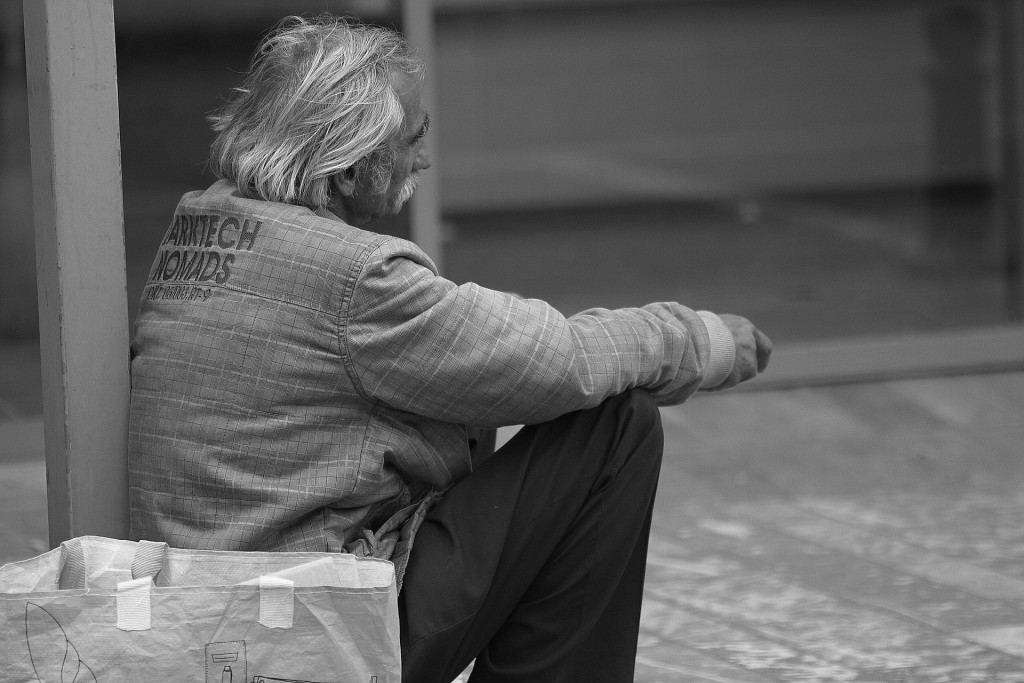 Well, in typical Jesus-fashion, he takes a different angle. Jesus said that this man’s unfortunate situation is not any kind of divine punishment but an opportunity to show God’s work of mercy and rebirth to the world. Jesus bent down, spit in the dirt, and rubbed the mud in the man’s eyes. It was a strangely intimate and personal healing. When the man washed his eyes, he could see and spread the word about what Jesus had done.

Jesus had no interest in playing the blame game because that hardly ever leads to real change. Instead of wasting time arguing about whose fault it was, Jesus saw a need and me met it. While others saw an opportunity to pass judgement, Jesus saw an opportunity to do something about it. That’s the higher path of Jesus. The active path. The way of true change and healing. We might ask whose fault is it that the US recidivism rate is 60%, but Jesus is simply asking, “What are we going to do about it?”

So what are we doing about it?