What the Church Can Learn From Eastern State Penitentiary 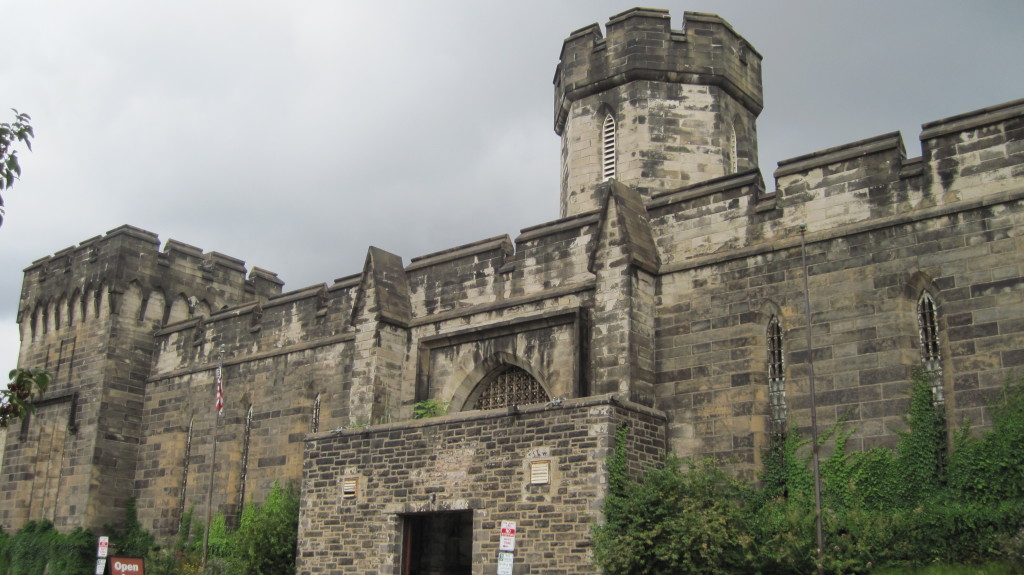 I’ve never really cared for the traditional tourist destinations in Philly. Maybe it just brings back awkward memories of class trips, but honestly, it’s just a broken bell. It’s not that special. So whenever friends would come to visit me in the city, the first place I would take them is Eastern State Penitentiary. It stands like a medieval castle in the middle of Fairmount and holds more history than most people realize. It is a stone monument of our best efforts for rehabilitation gone horribly wrong.

When it was built in the early 1800s it was a revolutionary system because instead of being focused on punishment like other prisons, Eastern State was devoted to rehabilitating people. Their hope was that through the Quaker ideals of quiet prayer and penitent isolation, God would soften the inmates’ hearts and they would return to society as new men and women. Every last detail of this facility was meant to create space for the Divine. The doors to the cells were low so that a prisoner had to bow before going in, a single skylight above each cell reminded them that God was always with them, the halls were designed like cathedrals, the guards wore socks over their shoes so as not to make a sound in the halls, and each room was equipped with a Bible as the only reading material. They hoped that by forcing prisoners to live like monks, that they would become like monks.

It turns out that while choosing to enter into solitary confinement to seek spiritual enlightenment is a common practice, being forced into it against your will is a form of torture. Inmates suffered untold psychological damage from their time at Eastern State and eventually the whole practice was scrapped.

Why did it fail? Why did something that seems so heavenly minded have such hellish consequences?

It turns out that God speaks the loudest through God’s people. We need each other. We need community. We need others to be our strength when we have none. Recent studies have shown that the biggest cause of addiction is not the drugs themselves but isolation. We become addicted when we lack a healthy loving community.

So that’s where Eastern State failed and why many of our returning citizens are failing today as well. Many people are simply thrust back out into the world without a loving, supporting community to surround them. The Church, at its best, is that community. However the Church as a whole could use a few reminders. Perhaps it is our turn to practice penance for how we have treated our returning citizens and be more intentional about sharing the healing embrace of the church of Christ instead of the cold deadness of isolation.

“Remember those who are in prison, as though you were in prison with them”
Hebrews 13:3