Getting Bit: How to Extend Grace Even to the Ungracious 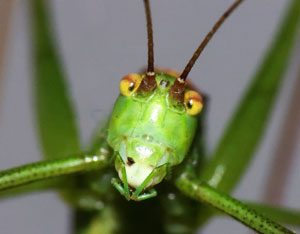 When I was a kid, I loved bugs. Worms, spiders, crickets, caterpillars, or whatever I could find under the rocks in my backyard. I was fearless, picking up every little creature that I could find until one day I encountered the biggest grasshopper I’d ever seen. It was probably just a normal sized grasshopper, but it was as big as my tiny hands were, and as I held it between my cupped palms, I felt a sudden and shocking pain. It bit me! Did you know that grasshoppers can bite? Well, now you do. You’re welcome. I immediately threw it as far as I could and ran inside crying. Honestly, the pain wasn’t too bad, but the betrayal went deep. I knew that bad bugs like bees and wasps were dangerous, but grasshoppers? If you can’t trust a grasshopper, then who can you trust?

The answer is no one and nothing. The world is a cruel, cold, and dead place if grasshoppers are not our friends.

In all seriousness, that event changed me. I appreciated bugs from a distance, never sure which ones would turn on me. I got bit one time and decided that the risk of betrayal was too great and I would rather not risk it. It doesn’t take much for me to give up sometimes.

My freshman year of college, I was throwing a frisbee around Millennium Park in Chicago with my friends when we were approached by a frantic and desperate man. The look in his eyes was complete panic like someone who just woke up and realized that they’d slept through their alarm. He told us about how he had been mugged earlier that day and lost his wallet and cell phone and now was stranded in the city. He had been trying to get enough money for a train ticket to get back to the suburbs for a custody hearing. If he didn’t make it to the hearing, he would probably lose his daughter to his ex-wife and the train was leaving in twenty minutes. He apologized profusely for inconveniencing us but he needed to get on that train and no one was giving him any help. We were moved by his story and each of us chipped in enough to get him home. He thanked us with tears in his eyes and ran off in the direction of the train.

We were feeling pretty great about our Christian charity until another man came up to us and said, “Yeah. that guy is here every day with the same story. I didn’t want to interrupt him and cause a scene. Sorry you got conned”. Just like that I was a kid again being bit by an oversized grasshopper. I felt so betrayed, so foolish, and so determined to never be fooled again. I would make sure that every charity, church, and individual was going to use my donation in the most efficient and productive way possible. 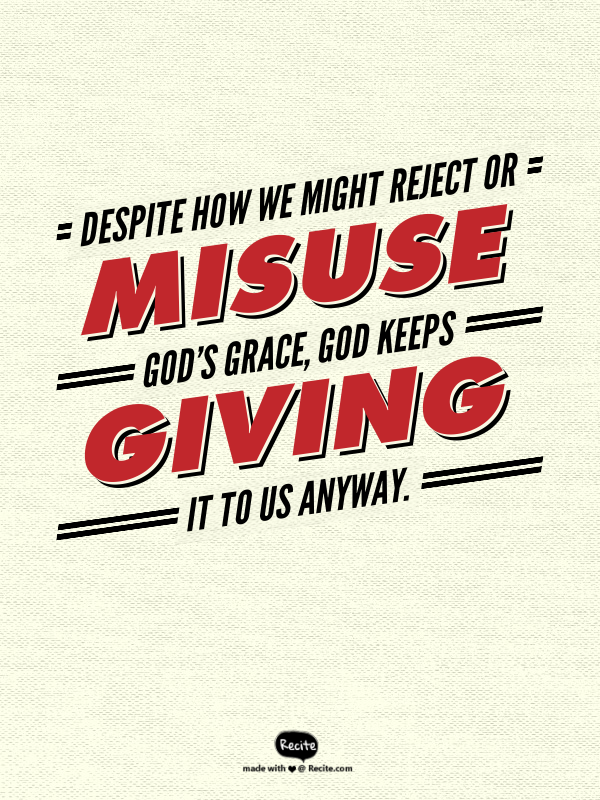 I thought that I was doing God’s work by being so selective with my gifts, but nothing could be farther from the truth. That’s not how God works at all. God works by pouring out his precious blood for an entire planet of people, most of whom couldn’t care less if they tried. Despite how we might reject or misuse God’s grace, God keeps giving it to us anyway.

What would happen if we took on the same mindset? How might our world be transformed if people of faith took Jesus’ example seriously and continued to give of themselves even after being burned? What if we forgave as quickly as Jesus and gave people as many second chances as he does? What if we gave as freely of our money as God does with God’s grace? Well, that would be a world that I would be proud to live in. Let’s work on making that world a reality.