How ‘Pokemon Go’ Helps Us See More than Monsters 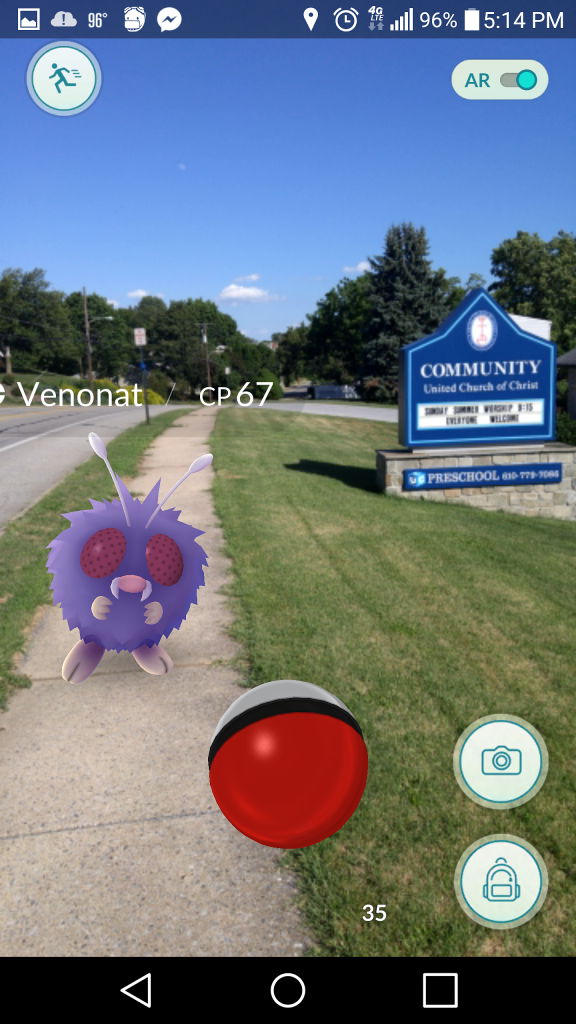 I was walking home from work the other day and, like 9.5 million other people, decided to catch some Pokemon along the way. As soon as I loaded up the app, I was greeted by a little Venonat who was just standing on the sidewalk in front of our church. Without the app, all I saw was St Lawrence Avenue, but through the magic of augmented reality, there he was jumping around. I have been playing Pokemon for twenty years, and have often been struck by the ridiculousness of it all, but this is a whole new level of strange. Unfortunately, there was no one there to share in my revelry. Just me and Mr. Venonat. So I put the little bug in a Poke Ball and started walking home when I realized that what just happened is happening all the time. I only saw that Pokemon in front of my church because I was looking for it. If I were checking my email, I would not have seen it and walked right past it.

Who else am I walking past every day because I am not looking for them? How many human beings have become invisible because we can’t be bothered to see them? How many times have we walked past Jesus, slouched against the wall of a methadone clinic? How many beloved children of God have simply become backdrop?

At the end of Mark 12, we read that Jesus was sitting in the Temple watching people put money into the treasury. Among the many worshippers were some very obviously rich people who wanted to make sure that everyone knew how generous they were being with their wealth. “Oh wow! Look at the pile of gold that Judah is giving! They will probably name a wing of the temple after him. What a man.” Everyone saw them, but Jesus saw someone else. He saw an old woman, hunched over from too much work and too little self-care place two small coins into the treasury. Jesus said to his friends,

Truly I tell you, this poor widow has put in more than all those who are contributing to the treasury. For all of them have contributed out of their abundance; but she out of her poverty has put in everything she had, all she had to live on (Mark 12:43-44).

Most preachers will use this text on Stewardship Sunday as an object lesson of how generous we ought to be, but they’re missing the point. No one saw this woman. No one noticed that she was giving all that she had left. No one asked why she was down to her last two coins because no one was looking. This is why Jesus was so furious!

Society had taken this woman’s dignity away, and the Jewish leaders’ oppressive temple tax had taken away everything else. True, her final giving was a mark of her sincere faith in God, but did she know that the temple tax was created so that a portion of it could help to support the orphans and widows in the land? Did she know, weeks later, as she slowly died of hunger, that the very religious institution that she trusted to do God’s will had cheated her of her very life?

So who is invisible in your neighborhood? Who do you not see because you are not looking for them? Pay attention this week. Find the people that you have walked past a thousand times and ask them to tell you their story. You will find Jesus there.